Perseverance of the Saints: God’s Grace Is Forever 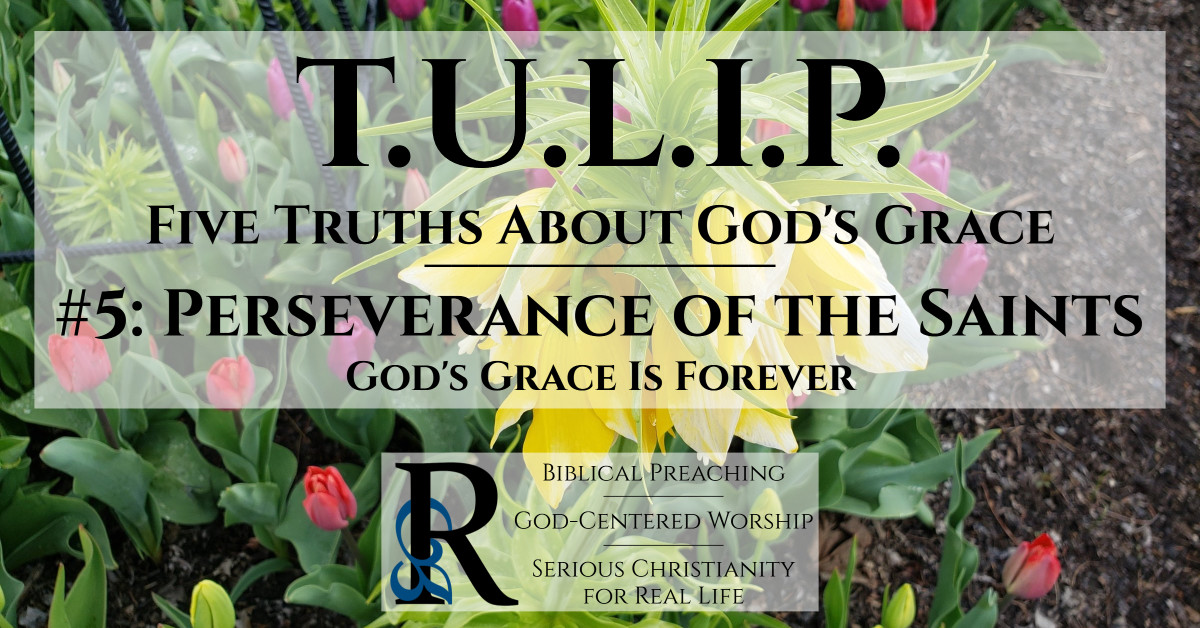 The P in T.U.L.I.P. stands for the perseverance of the saints. This fifth truth about God’s grace is about more than just “eternal security.” It is richer than the true but superficial slogan “once saved, always saved.” The perseverance of the saints stands at the end of T.U.L.I.P. not only because it is future-oriented, but also because it grows organically out of the T, the U, the L, and the I. If God looked at the world of underserving sinners (total depravity) and eternally fixed his saving love on a special group of them (unconditional election); if Christ did all that was necessary to save those people specifically and personally (limited atonement); and if the Holy Spirit compellingly draws all those Christ died for to saving faith in Him (irresistible grace); then, surely, God will also preserve those same people all the way to the end. God’s grace is not only undeserved, sovereign, personal, and compelling. God’s grace is forever.

You can see this gospel logic at work in Romans 8:30, where Paul writes that everyone God “predestined he also called, and those whom he called he also justified, and those whom he justified he also glorified.” The heartbeat of the whole T.U.L.I.P. paradigm is the idea that salvation is the work of God from start to finish. Such a grace can never fail. This is summed up explicitly in Philippians 1:6—“And I am sure of this, that he who began a good work in you will bring it to completion at the day of Jesus Christ.” The same person who wrote “Rock of Ages” put it like this in another hymn:

The work which his goodness began,

The arm of his strength will complete;

His promise is yea and amen,

And never was forefeited yet….

My name from the palms of his hands

Eternity will not erase;

Impressed on his heart it remains,

In marks of indelible grace.

Yes, I to the end shall endure,

As sure as the earnest is giv’n;

More happy, but not more secure,

The glorified spirits in heaven.

God has called you to persevere in the Christian life. He has set before you a vision for the Christian life that involves great exertion, dedication, and endurance: to be able to say with Paul, “I have fought the good fight, I have finished the race, I have kept the faith” (2 Timothy 4:7). But behind that call lies the grace-alone promise that it is God who saves, that “neither death nor life, nor angels nor rulers, nor things present nor things to come, nor powers, nor height nor depth, nor anything else in all creation, will be able to separate us from the love of God in Christ Jesus our Lord” (Romans 8:38-39).

So as you fight, as you run, as you persevere, let this be your song:

My soul, believe and doubt it not.

Why stagger at this word of promise?

Has Scripture ever falsehood taught?

No; then this word must true remain:

By grace you too shall heav’n obtain.